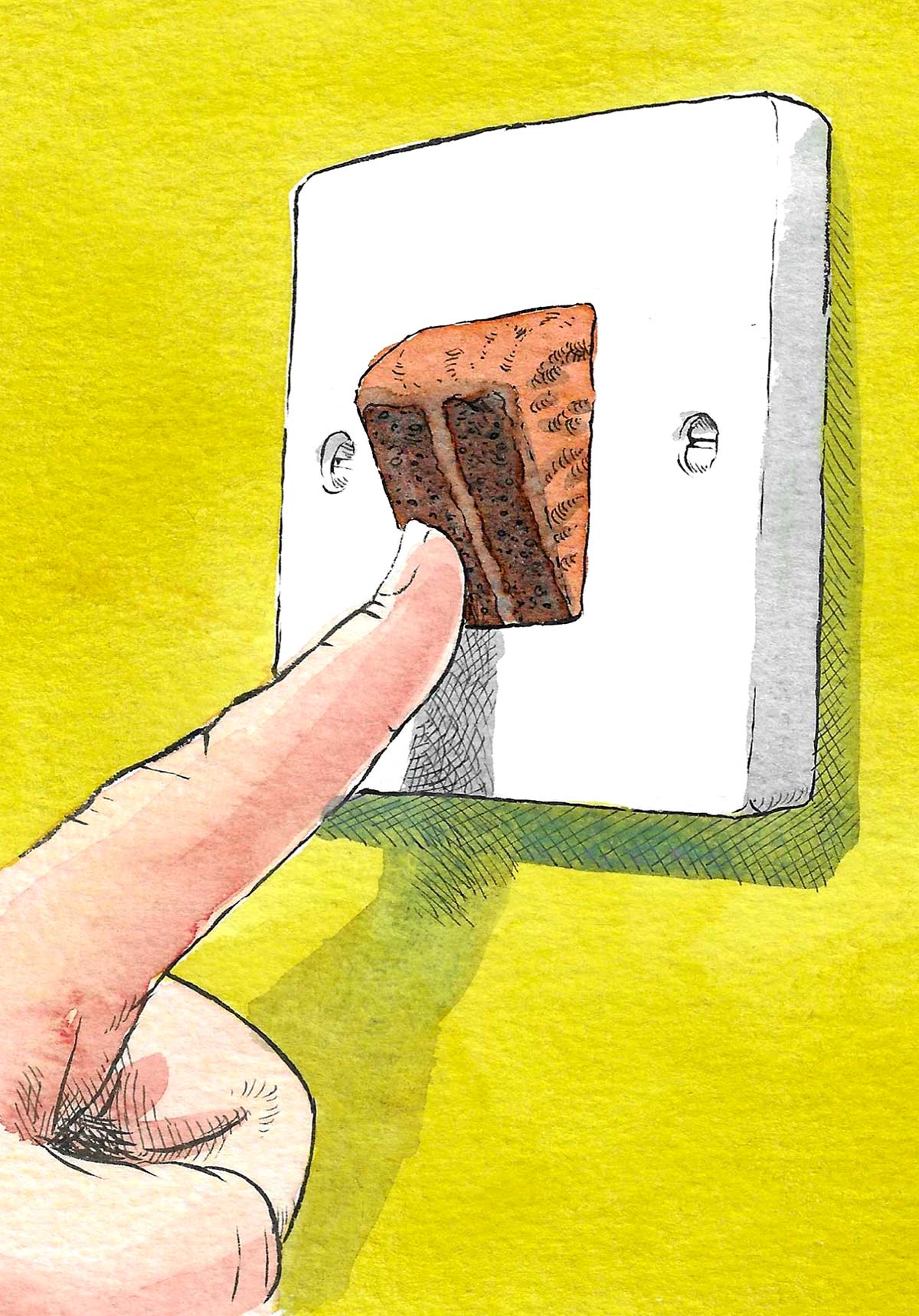 At a staggering 3’9”, Perry stretched out; flicked the switch. Everyone’s eyes contracted from the blinding light except Perry’s. He was prepared. He was determined.

“ALRIGHT!” he yelled, only to be met with a sea of shushes and stifled giggles.

“Oh yeah. Alright,” he said in a suppressed whisper, “you all know the plan, you all kn-“

“Perry?” Gordon refused to make eye contact out of shame. “What are we doing?”

The other children blatantly ignored him and gathered around the door as Perry’s hands reached for the handle. He pushed slightly against the door so that its bolt didn’t grind against the doorframe. It was open.

Dennis took the lead, he stepped between the creaky floorboards which they had marked earlier. Just behind him was Perry who nimbly crossed the boards. Gordon clumsily managed to dodge the floor alarms who was followed by Susan which took the hasty approach.

C-r-e-a-k. Dennis and Perry darted behind the cover, but the others were caught. They were led back to their headquarters by Perry’s parents.

Dennis and Perry trudged forward. They reached the top of the stairs. Dennis reached the bottom first. He crept down the corridor to be met with a devastating sight. Perry’s dog.

The dog barked from the top of its lungs. Like a flashbang, the lights were on, Perry managed to duck out of the way as a pair of footsteps dragged two more feet back up the stairs.

Click. The lights were back off, he walked towards the kitchen; reached for the light switch. Click. There he saw his demise.

Perry’s younger brother was standing in front of the fridge, his mouth was surrounded by the dark treat. He licked his finger and ran it all over the crumbs scooping them up. He put them in his mouth.

I loved the humour here – a raid on the fridge described like a heist. There’s lots of suspense and telling detail – the creaky floorboards, the lights going on, the dog barking. I loved the last lines. Excellent pacing and storytelling