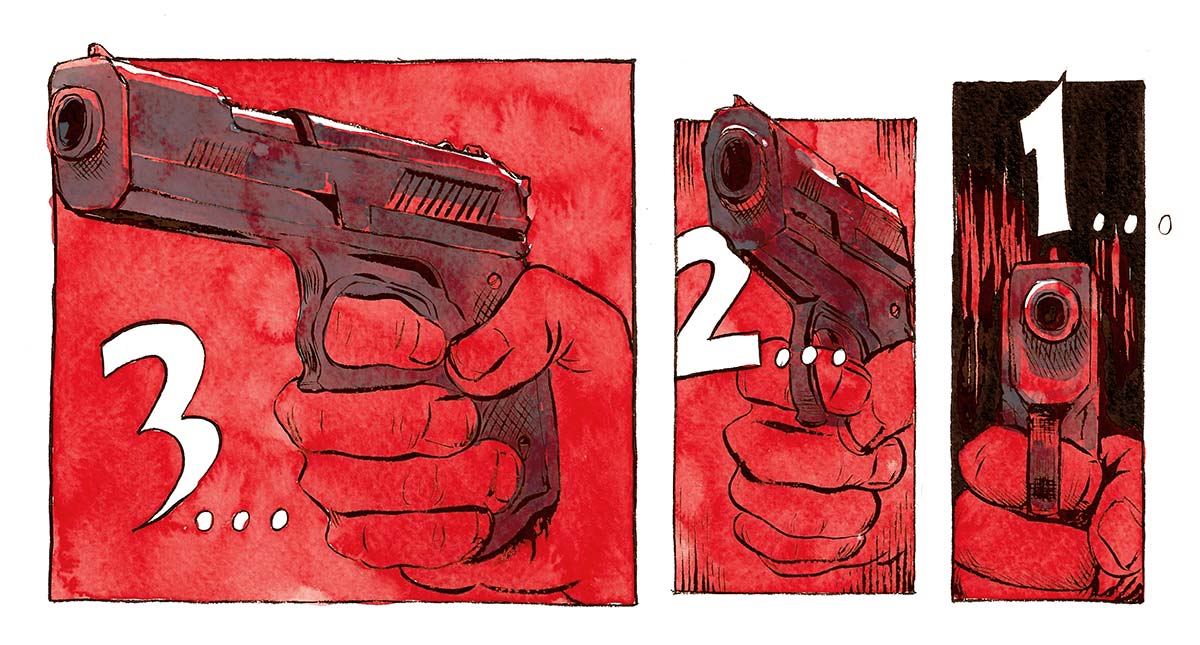 It’s late in the evening. People joyously screaming at the top of their lungs dancing whilst the dark swaying, trees howl in the garden. He’s been ignoring everyone here.

He blends in with the crowd sipping on their ciders, beers and other beverages.

Making his way through the party.

Making his way to you.

He grabs a sliding beer from the table and takes a swig. Casually, he looks over his shades.

Looks over at you.

What did you do?

He doesn’t want to know what you’re doing. He knows what you’ve done.

He knows what he will do to you.

He has a history of reaching unreachable people.

He’s been doing this for a long time. Tracking ordinary guys with extraordinary qualities.

He’s closer to you.

Alas, when he reaches you, he clutches his .45 from the inside of his blazer.

He’s pointing it at you.

I’d be scared if I were you.

Great suspense and build-up of tension. I liked the play on ordinary/extraordinary though not sure how trees can howl! I also liked the way the title was repeated in the last line. A well-sustained action piece.