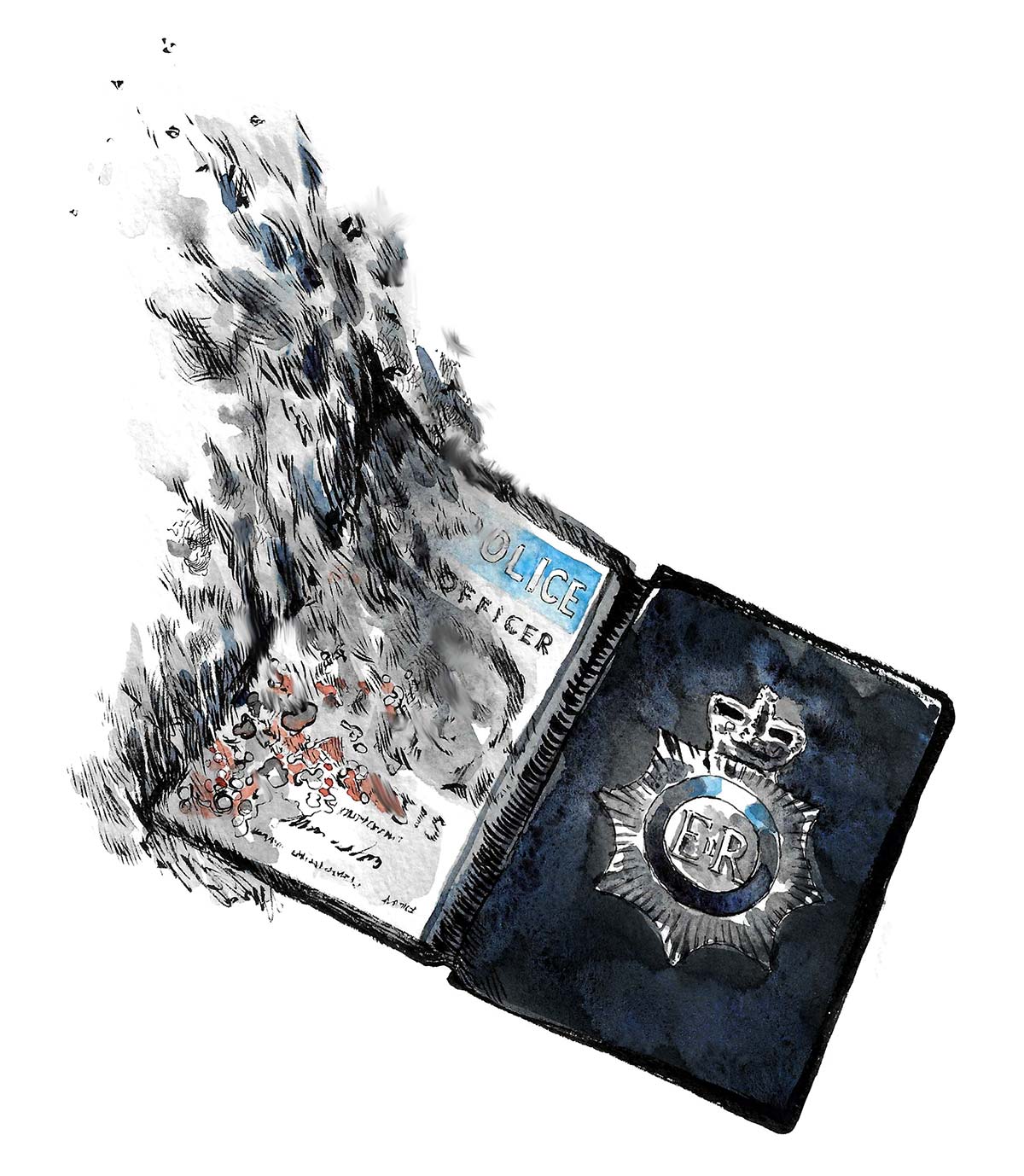 DI Cooper squatted by the body, face wrinkling involuntarily with disgust. The fire had rendered the corpse unrecognisable. Poor girl, she thought. Still, can’t seem overly emotional. Straightening up, then, she smoothed her face, only for it to contort again as flashing blue lights cut the darkness. The slamming of sleek doors heralded the arrival of her team. She would never admit it, but she felt relief at no longer being alone on the side of the A23 at midnight, even with a police badge.

The first man to approach her was an obnoxious-looking one, all bulging biceps and close-shaved hair. DS Harris, who had never taken a shine to his female superior. The feeling was mutual. Taking a deep breath to steel herself, she went to meet him.

“Harris. Looks like a speed infringement. I want a full examination of the corpse, stat.”

It was pleasing how her words rapped out. Still, Harris didn’t seem too impressed, as he turned and began dictating contradictory orders of his own to the assembled officers. The insurgence pulled her up short. She glared, but noticed his concern as she did, forehead bunched against swirling thoughts. He must know the girl.

“Harris.” Nothing. To her amazement, he walked away, pulling out a walkie talkie. “What do you think you’re doing?” she hissed, quickening her pace. “…yep it’s her car and I found her ID in the side pocket. Can only assume it’s her.”

It was only then that she realised she wasn’t carrying her own ID, something she was always careful to do. You’re slipping, she reprimanded herself.

She glanced down at the card that the DS was still clutching in his other hand. Instantly, she felt her heart drop, leaving only cold air to fill the gap. The ID card was hers.

In just a few lines the author takes us inside the mind of DI Cooper – her fear, her professionalism, her antipathy to her colleague. The writing is tight and effective, the dialogue is convincing and the ending is genuinely chilling. Terrific writing. The only thing I would change is the title!