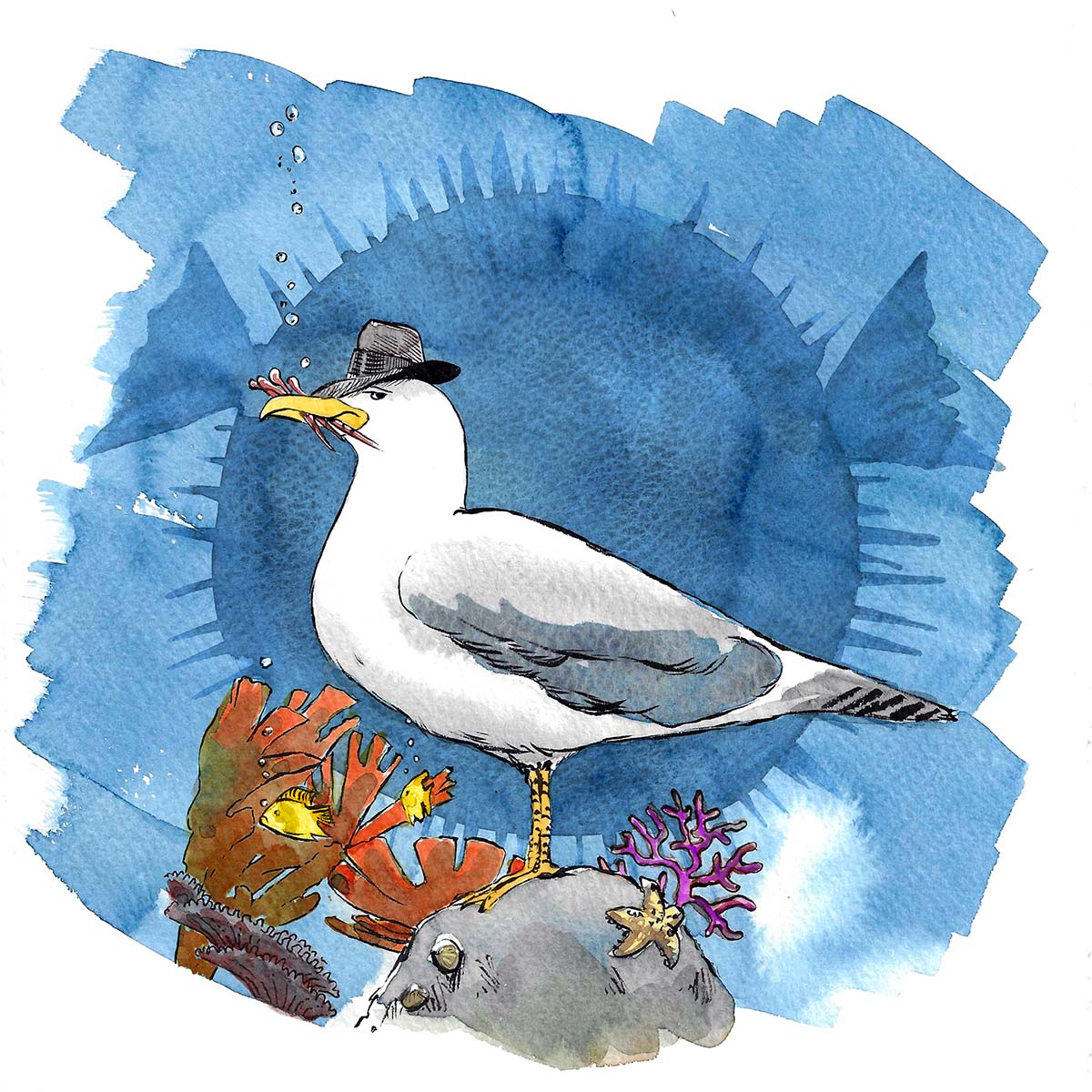 Captain Seagull was a detective who worked at the bottom of the Ocean. It was a normal day, he was swimming past his favourite shops when suddenly a man bolted out of the bank doors. He yelled, “Please help me! Someone is robbing my bank.”

Captain Seagull rushed over to him and asked, “What did he look like?”

“I don’t know! It was so speedy! They rushed in, stole the money and disappeared!”

Captain Seagull was intrigued. He started to find as many clues as he could. He noticed 5 red and black spikes hidden in the safe. Then he saw two pufferfish swimming by and decided to ask them a few questions.

‘Do you know any other pufferfish, specifically those who have red and black spikes?’

The pufferfish looked concerned and replied, ‘ Yes but the red and black pufferfish we know is the most frightening pufferfish on this reef.”

“We think he is at the bottom of the Pacific Ocean near the shipwreck but watch your back because he is very poisonous.”

Captain Seagull went deep down into the ocean in search of the thief. He squeezed through a tight spot between the rocks and the shipwreck. Suddenly the ship creaks. A dark shadow zoomed overhead. Captain Seagull went rushing upwards and from the shadows came a stream of bubbles. It was the pufferfish! The pufferfish dashed out from the shipwreck. Captain Seagull chased after and caught him. “You’re going to jail Pufferfish! Why did you rob the bank?” “Because I was poor, you don’t know how hard it is. I’d do it again!”

Captain Seagull phoned for backup from the police submarine and took Pufferfish to jail. He was locked up and never seen again.

Dramatic, fun, and full of empathy come the end. Well done! Captain Seagull can hold his breath for a really long time! He’s truly an incredible underwater seabird detective. Can’t wait to hear about his next adventure. Maybe he will help solve a crime in Guernsey one day? But maybe not…Guernsey is far too nice a place for an unsolvable crime mystery!