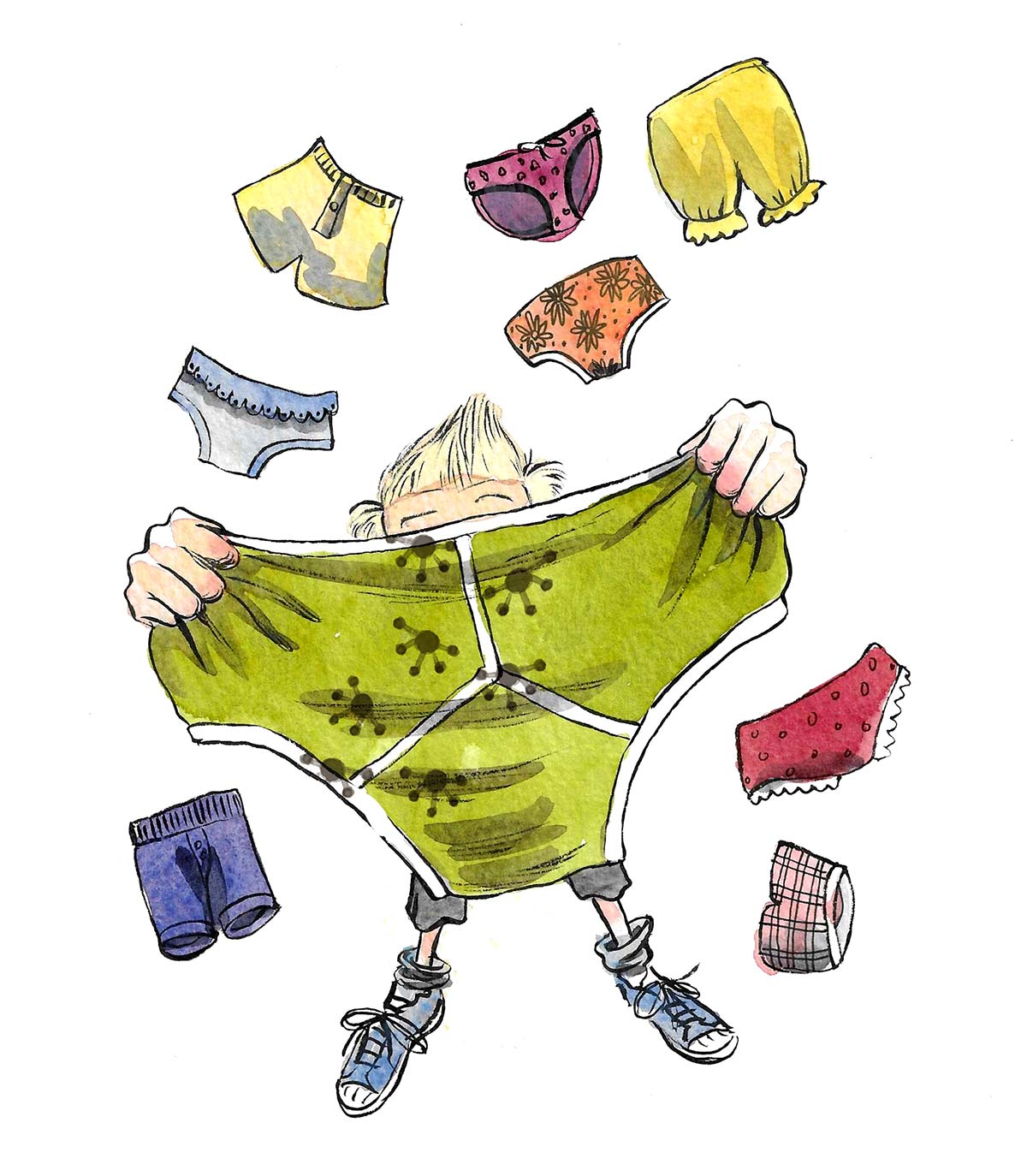 The phone hardly ever rings anymore, so it was a surprise when it rang so loudly that day.

“I’m coming!” Dora said staggering over to the phone buried under a pile of Sherlock Holmes novels.

“Granny! Someone’s stealing the teachers’ knickers! I need a detective that will take me seriously!” her nine-year-old granddaughter, Anna, shouted down the line.

“It’s been 36 years since I solved a mystery,” Dora replied, “But I think I could do one more.”

She jumped onto her red mobility scooter and set off to school at the dazzling pace of 7 miles per hour. Anna was waiting for her and told her that over the last few days the teachers had been wearing extra pairs of knickers because no matter what they did their pants, undies or shall we say knickers always managed to be stolen. It was so shocking the school risked being closed. The inspector had wanted to do it for years, ever since he was seven and his school had lost to them at rugby.

Anna had noticed that every time knickers were stolen minuscule, brown footprints were on the teachers’ legs. Dora followed the tiny footprints towards the Ofsted inspector’s briefcase. She opened it up and there in front of her was a bright green gecko sleeping on piles of pants. Dora took the bag to the Headteacher’s office where the Ofsted inspector was closing the school down.

“Hello,” Dora said pleasantly, “Does anyone own these knickers?” Suddenly all of the teachers ran over and snatched their pants back.

“We’ve caught the knicker nicker!” Dora told Anna smugly. She had been working on that joke all day.

“My trained gecko may have failed, but next time, we’ll come for your socks!” warned the bitter inspector with his empty brief case.

This was a comic crime story that really worked. In fact the whole story was one big joke and then there were little jokes worked in all along the way, especially the master stroke 'the knicker nicker'. I very much liked it that the setting was a school story but one with a modern twist to do with Ofsted Inspectors. And I really wasn't expecting a gecko! If I'm judging stories, that's exactly what I want: a surprise or two. (I was thinking it was going to be a mouse.)