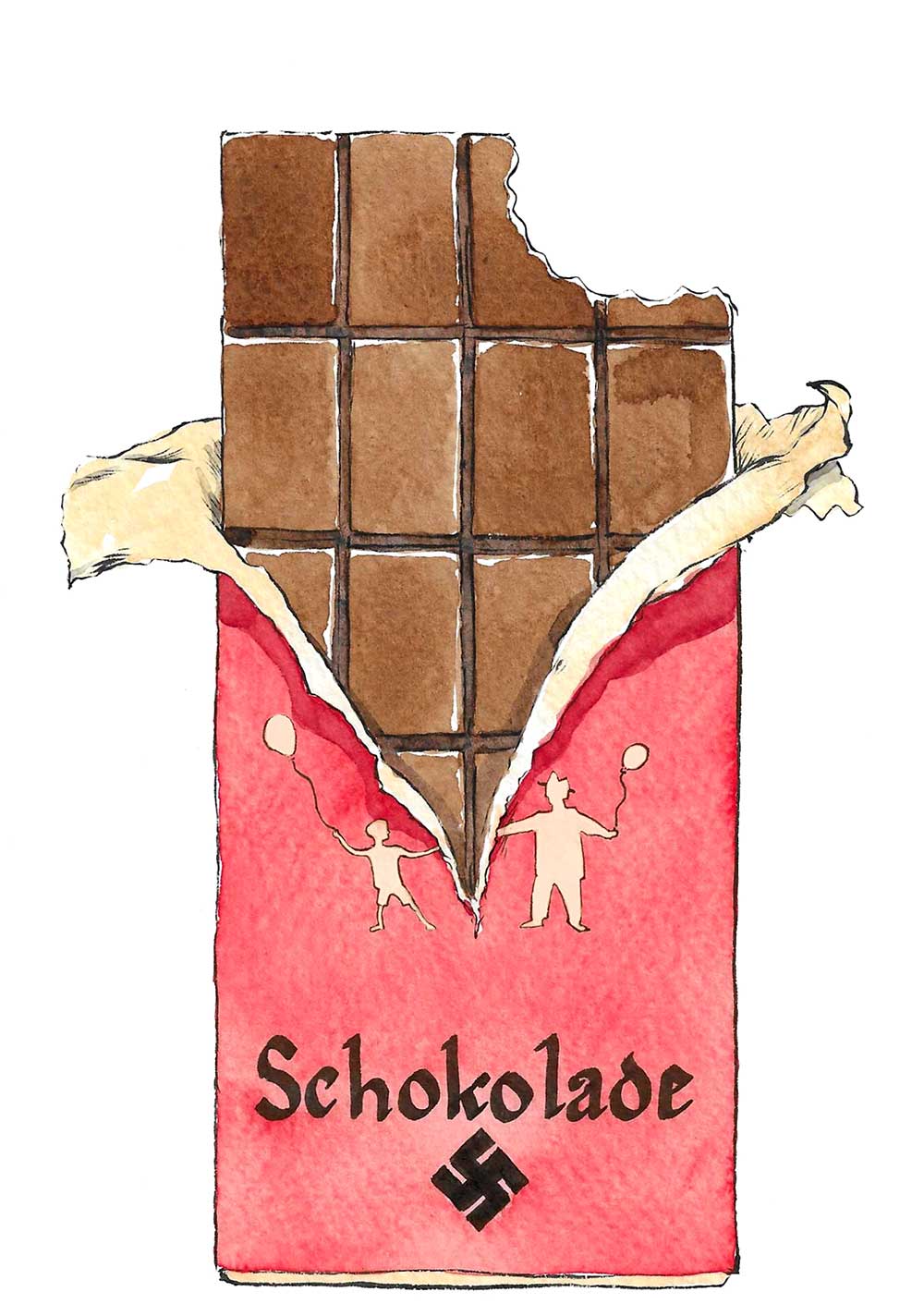 I munched on the chocolate a soldier gave me with mixed emotions. My father was being taken away, but the German soldiers seemed happy with me. The night before, I saw him sneak out the house with a bag, he ran down the street outside curfew hours and came back with the bag full. My mind cast back to the poster I read at school the previous day. It said, ‘Report any suspicious activity.’ and had Tin Tin handing evidence to Thomson and Thompson. I dreamt about what father might be hiding in the sack and how proud Mama and Marie my sister would be. But that was just dreams for now, all I knew was that father did something very bad.

Golden sun glared through my bedroom window as I woke. I walked into the kitchen, noticing we had some new rations, I spied the bag and tried to glimpse into it. Unfortunately, I was directed to breakfast by Mama. We had oats. When I got to school, we had a guest speaker, he wore a smart suit and tie. The man told us he was the person who we should let know if we saw anything strange, there were some disapproving murmurs. After his talk, I told him about father, and he congratulated me.

That afternoon, I arrived home with soldiers at the door, one gave me some chocolate. I made it last and tried different ways of eating it. I watched father being walked away and our eyes met momentarily, his cold stare made me realise what I’d just done. Marie jumped on me, crying, enraged and Mama, crying too, heaved her off me. Then she uncontrollably hit me and ran off sobbing, broken. Marie sprinted after father but was struck down. Everlasting regret washed over me.

This is a very dark and mature story that relates closely to world events right now. The title nails it and the whole piece is horribly believable. I particularly liked the guest speaker in his suit and tie and comic characters - Tintin and the Thompsons – being subverted. At the end, the narrator has learned a huge lesson. But too late.