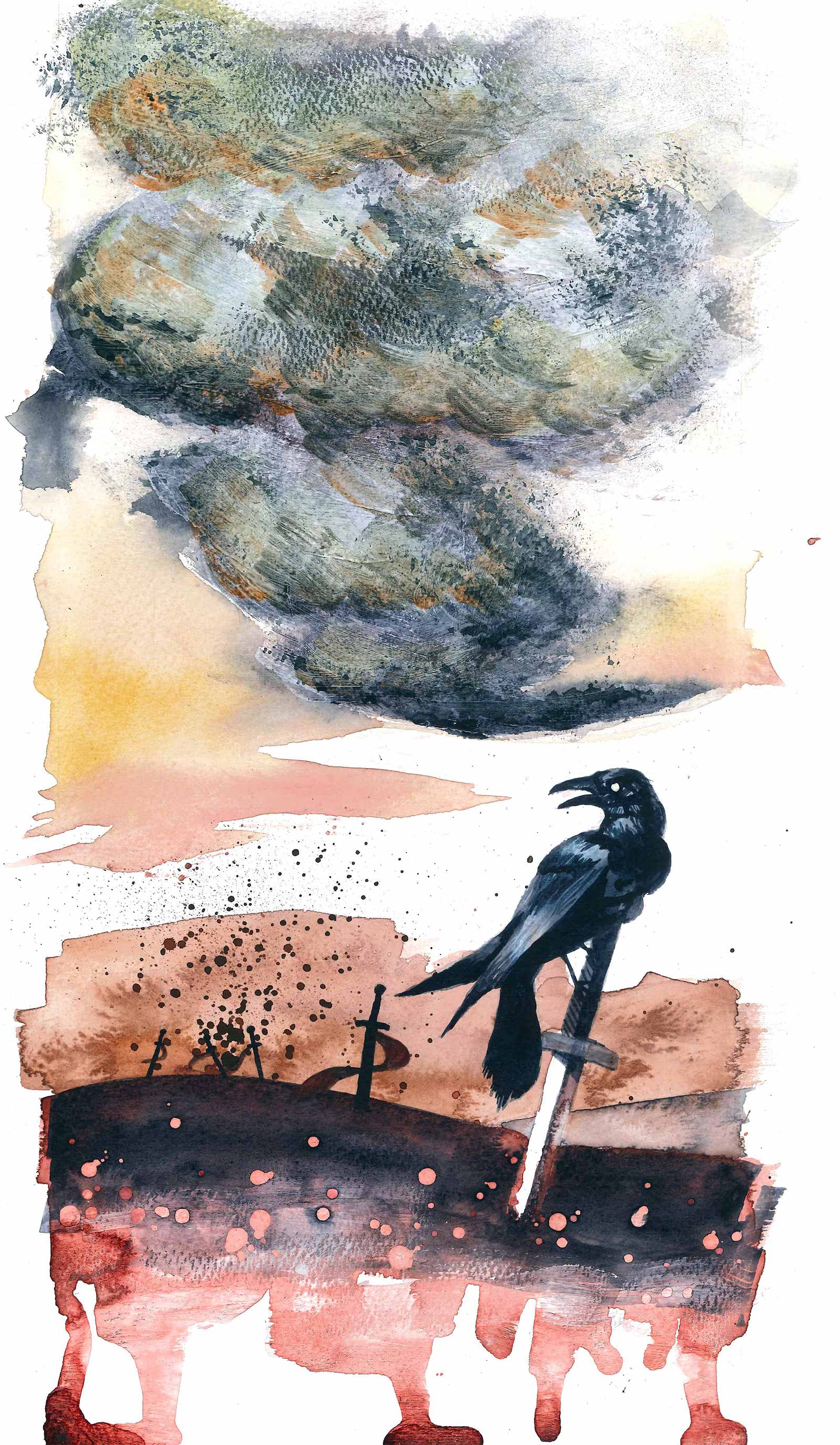 Two opposing views. Two opposing visions. Two opposing goals formed by their stories of old. Yet on this ancient field, two sides face each other with shared ancestry within their warm blood, fuelling their bodies with anger derived from derangement. Yet blood shall be needlessly spilt, all staining and poisoning the grass, for neither side’s blood is more pure. Saints on flags guiding their men to an untimely death. George, Andrew, David, Patrick tranquilly fluttering in the wind, ordering their men to strike. The defeated dragons and retreating reptiles, spread from mouth to ear, do not exist on the other side. Only fellow men, similarly motivated by the result of one long tragic game of Chinese Whispers. None hold swords yanked from stone, but rather metal killing machines, manufactured from the blood, sweat and tears of labour. Whether struck down or victorious, they will fall victim to these holy men they worship. A complex of superiority, a delusion of purity, told by dragons, swords and magic. The whispers of survivors, ever more intense due to the realism of warfare and mortality, continue through generations. Myths manipulated into wars; wars manipulated into tales of heroism; heroism manipulated into a common and superior goal in the name of nationalism, determined by what border you are born behind, as behind that border is enemy lines. Livelihoods destroyed, cultures broken, religions killed off due to a chasm taking the form of a nation’s perimeter within a land we had shared. Yet, while many had given themselves to a cause they had been taught, at their end, their blood was the same as their murderer’s. For, in reality, the myths and legends of the stories of old leads not to Camelot, but the downfall of the very men they had inspired.

Fluid language and a nicely-managed heroic style makes this a very strong and atmospheric piece of writing.