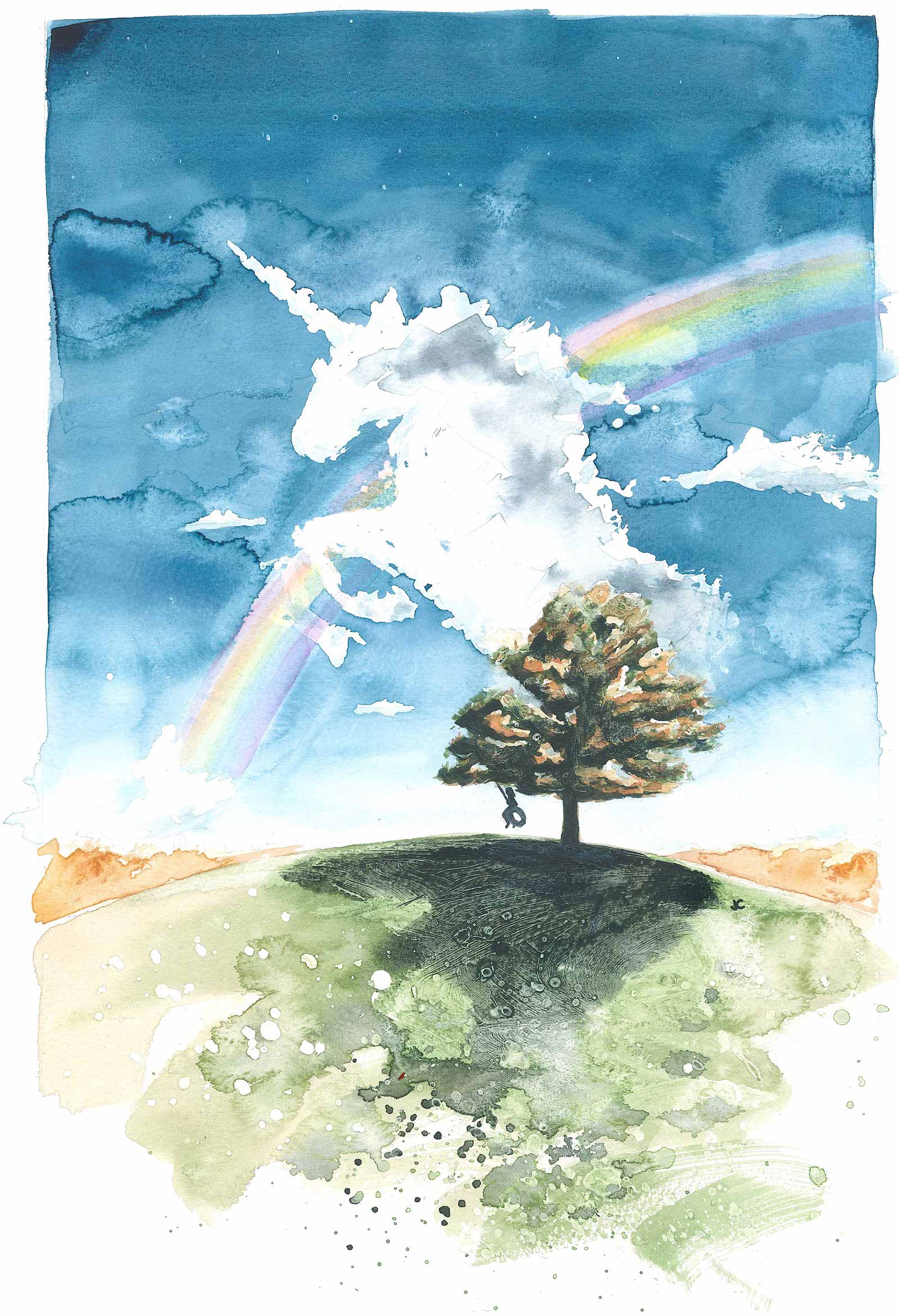 My little sister still believes in unicorns, and leprechauns, and a land of eternal sunshine. God, she’s naïve. “Big brother,” she says, looking up at me, “Can we go to the park, please, to look for a unicorn?” Now I don’t believe in unicorns, not one bit. I may still be in school, but I know not to believe in unicorns. Somebody ought to teach my sister about the real world. Anyway, I don’t know why, but I said OK. Maybe I just can’t say no to her; she’s like my one weakness.

Imagine a fairy, wearing some sparkly dress, flitting and fluttering against the wind. That’s exactly my sister, light as a feather, barrelling down the road and kicking up dirt in my eyes the whole way. Well, it’s turning autumn now, and I’ll admit, the trees look kind of pretty this time of year. In the spring, they’re fresh and a new shade of green, then they bloom and fan out in the sun. Finally, they turn gold and fall from the skies, landing all around us. But after that, there’s just the cold. So you see, I am a little torn up, knowing my sister’s going to be disappointed and all. But now she’s off ahead, nearing the brow of the hill by the park. I’ve been here many times - as a kid, I would come and play on the swings, but for some reason, I guess I stopped. Somehow, my sister’s still convinced we’re going to find a unicorn. And you know, when she takes my hand and pulls me over the top of the hill, and we see the long grass stretching out where my playground used to be, when we pretend to look for a unicorn in the bushes, I swear it kills me.

A lovely exploration of a relationship, with a hint of nostalgia for a more innocent time. I love the cleverly handled way in which the narrator manages their sympathy and affection for the sister, whilst nevertheless conveying a sense of grown-up scorn. Highly commended.