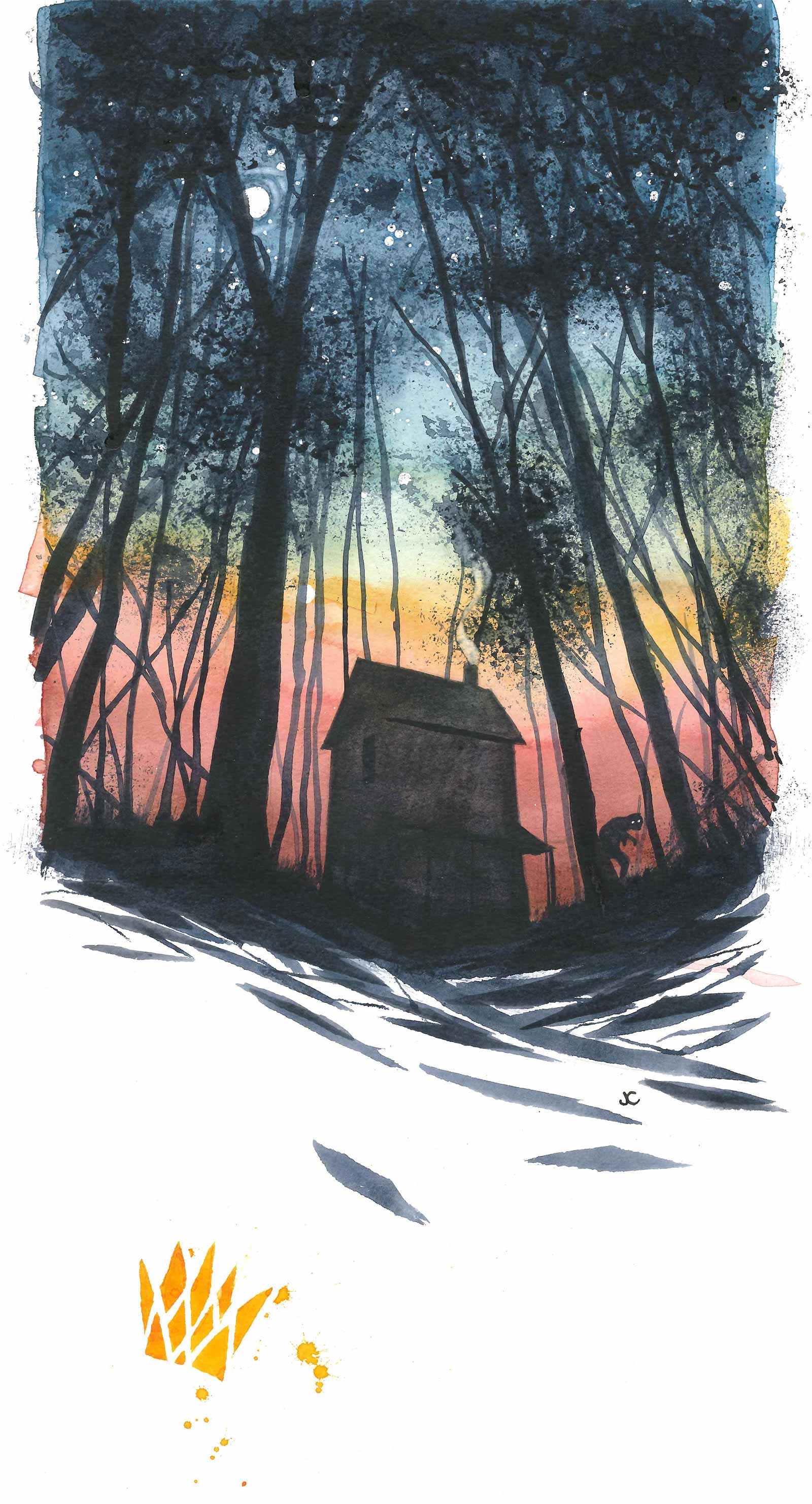 There was once a charming king called Claudius and a queen called Alexia Ray. They lived in a huge castle outside Dering Woods in Pluckley. One day Claudius went into Dering Woods. He stumbled upon this really spooky looking shack. He looked through the window but saw no one, there were no lights, but there was smoke coming out of the chimney. Claudius decided to walk to Pluckley to talk to some locals in the village about the spooky shack. They told Claudius if you go in the woods at night, you can hear screams; that’s why Dering Woods is nicknamed the Screaming Woods. The locals told Claudius that there is an evil witch called Ursula living there. If you call her name five times, she will appear and curse you, bad luck will follow. That evening Claudius went into the Screaming Woods; he was petrified.

The woods were really quiet and eerie. He had his lantern but struggled to see anything. He was sure someone or something was following him. Suddenly the shack appeared, and he started saying Ursula five times. Seconds later, the woods got a whole lot scarier. He heard screaming coming from every direction. He thought he saw a ghostly figure staring right at him from the trees. He heard footsteps coming from the trees in front of him. He heard rustling from the bushes. His lantern suddenly turned off, and the screams got closer. Claudius felt breathing behind him, he turned round, and there was the witch. Ursula had big spots on her nose and really brown teeth. Ursula laughed, and at that moment, Claudius ran back to the palace. From that moment, Claudius's life fell apart. The tale is still told today with people trying to find the shack. Do you dare?

Do you dare going into the spooky forest? Simple but evocative storytelling and full of suspense. What happened to poor Claudius, and what I also wonder happened to the witch! What was she laughing at, I wonder? Maybe all witches just spend their time evil cackling! I wonder what would happen if she ever left the woods...