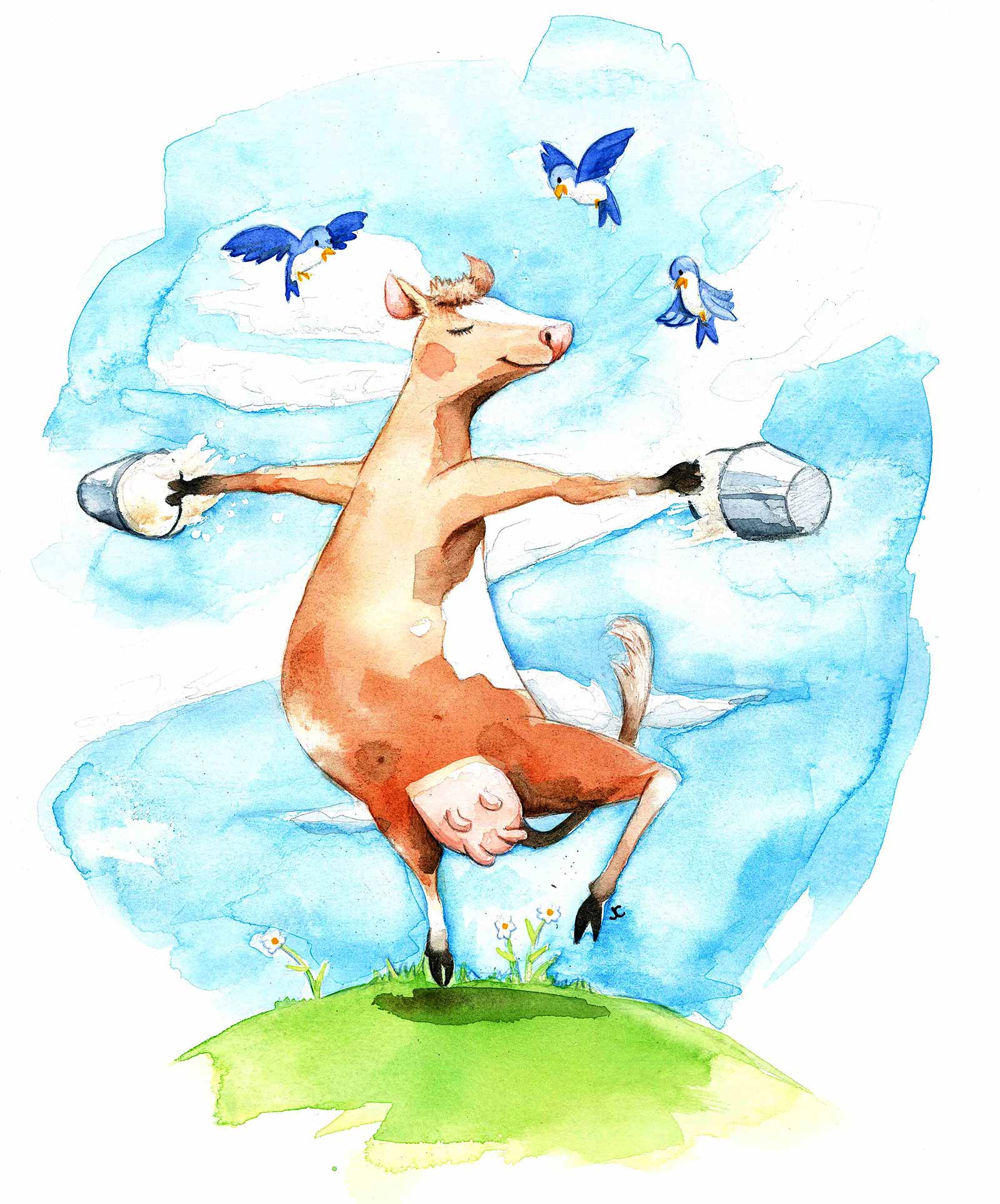 In ancient times when people were waving swords about, there was a beautiful Milk Maid. Wherever she went, flowers bloomed, the sun shone, and birds sang. Her passion was milking, and the milk from her cows was the best for miles around. Everyone tried to buy her beautiful milk, and it got sold out very quickly. She worked very hard every day but was happy. One day she thought to herself - "Should I tell someone else my secret of why the milk is so tasty?" She didn't know who to tell, but the secret was too big to keep. Finally, she whispered it aloud whilst making dinner. Her son, who was there, listened open-mouthed to her secret. He couldn't help but tell his best friend, and soon everyone in the village knew as well. When the milkmaid walked through the village the next day, everyone started laughing at her. At first, she didn't know why, but then she realised that her secret must be out. She was so embarrassed that she ran away, never to be seen again. Some of the villagers say that she turned into a cow herself. Do you want to know what her secret was? It was that every night she would do Irish dancing with her cows. It made the cows happy and their milk extra creamy. Maybe you should try it one day. Just don't tell anybody else her secret!

I loved this terrific story for its humour, surprise ending, and sheer fun. I was hooked from the great first sentence: 'In ancient times when people were waving swords about,' to the utter surprise of the secret of her extra creamy milk. I also admired the brisk writing style, and the fairy-tale sparseness. Congratulations!