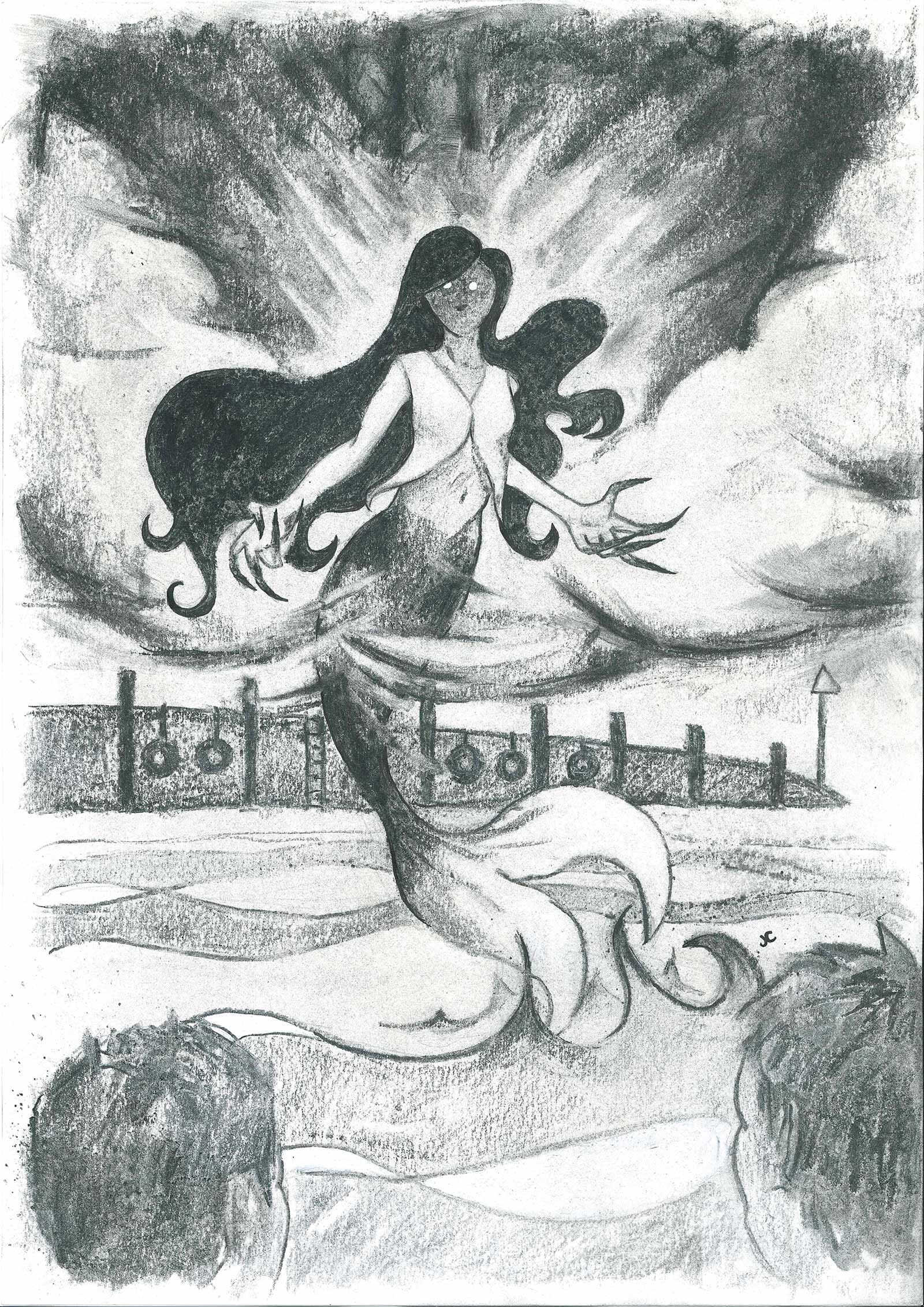 Today is a day I will never forget. Darkness fell over my world and has changed it forever. I’ll take you back to when the nightmare began. It started as an ordinary afternoon in Herm. I was with the sailors drinking in the Tavern, admiring the shore of golden sand and sun beaming onto the large rocks, making it glisten like a jewel in the local shop. Out of the corner of my eye, a woman appears on the surface of the water, so innocent and pure. She had long silky hair, swaying in the wind as if she was a goddess. Speechlessly, we stood like statues with our jaws helplessly lying on the floor. A few of the men ambled closer as if they were in a trance. All of a sudden, the weather flipped like a coin. The sky released a bolt of electricity striking a rock, slicing it like dough. The lady levitated out of the murky green water to unveil a scaly tail. She was a mermaid! The clouds swirled and twirled, dancing around her like dark waves. Her lips opened, revealing white fangs, then a curse roared out of her mouth, “Oh men of Herm, follow me to the land of all your dreams and leave this world behind”. The men were now plodding through the water lifeless towards this evil witch. Something deep down inside me whispered that everything would be okay as long as I avoided the song. Therefore, I hid under a table and covered my ears. I started to feel dizzy and overwhelmed. My head was spinning like a wheel on a bike. I checked to see where the rest of the men were. They were gone. I am the last one to tell the story.

A chilling fairy tale about a malevolent mermaid/siren, who entraps sailors. I was drawn in by the evocative description of her 'long silky hair, swaying in the wind' and the abrupt shift from beautiful goddess to destructive evil. I also thought it was very effective having the story told in the first person, from the only survivor. Well done!